… What is there to say? What is there to say that the rest of this world hasn’t already said? No Man’s Sky is on the fast track to becoming this generation’s Daikatana. It is a game that had so much promise and so much unique possibilities, but all that it ended being was one of the greatest disappointments in video game history. While this opening may seem like it is laden with hyperbole, I assure you that this is my legitimate opinion. I am not attempting to push something for the sake of shock value. I do, honestly believe, that No Man’s Sky is in the same league as John Romero’s coke filled fever dream.

So this is going to be a combination of a Top 5 list and one of my regular reviews. I will give five reasons why this game is such a large pile of abject failure and then finish up with a conclusion and final score.

5: Just Because Something is Pretty and Well Made Doesn’t Make it Good

I’m sick of this. I am sick and tired of almost being forced to give a game at least a few marks because the graphics are nice and the game has a decent design. THIS should no longer be a saving grace for a video game or something to point at and say: “Yeah, but at least it looks cool.” You know what? Most games look good nowadays! This is not a saving grace anymore, good graphics ARE THE STANDARD! I expect good graphics in my game now the same way that I expect the controls to function. It isn’t some high honor that they were able to design a pretty and tightly controlled game. We have evolved past the need for that now. This game is proof positive that you can have a game score the 0/5 rating with “good graphics” and “tight controls.”

I’m sick of this. I am sick of gaming’s constantly crashing upon release. One of the worst fucking things that has happened to video games is the idea of “Let’s release it to meet this date and we will patch it as we go.” I have a novel idea and please just hear me out on this. FINISH YOUR GODDAMN FUCKING GAME AND THEN RELEASE IT! There is a huge difference between patching minor bugs and problems. Those are par for the course for any game. Those are understandable. BUT, when your game cannot physically function upon its release without a number of game crashing errors YOU HAVE FAILED! You are a failure! This idea that “we will fix it later” is bullshit! I want my games FINISHED when they are released. FINISHED! DONE! I don’t want a game to crash with the promise that it will be fixed later EVEN IF you make good on that promise! Fuck this! Fuck you for making this happen! And fuck the concept of Patch in Post Gaming.

3: It is PAINFULLY Boring

For anyone who tells me that this game is supposed to be “relaxing” and it isn’t supposed to be about loud noises and bombastic action you can go suck on a railroad spike with that fucking bullshit. There are ways that you can make games like this fun. Elite: Dangerous does a great job at that. Games like Rust, Minecraft, and Stranded are great representations of giving you plenty to do while you are doing nothing of substance. This! This is not relaxing or fun! It isn’t challenging and mentally stimulating. No Man’s Sky is BORING. It is horribly boring. It is hours of NOTHING. It is monotonous tasks that lead to more boring crap until you reach the end of the game and find a big fat fucking let down. 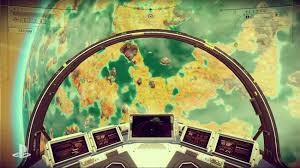 If you listen to the creators of this game in a conversation, they pitch an ENTIRELY different game to the players. Most of the graphics in the video are completely missing, this potential quasi-multiplayer aspect of the game is missing, these intense space battles are nowhere to be found, and so forth. You can go on for hours pointing to the creators of this game and say to them: “YEAH! But where the fuck is it in this game?!”

This is another reason why the Patch Later; More Content in DLC generation is fucking stupid. This game wasn’t finished! This game wasn’t even close to what the original creators had in mind. But the mentality behind it was: “Get what you can on the market now! We will fix it in post and then sell these other cool features that you mentioned before as part of some DLC deal.” Gamers, for the  better part of this decade, have had complaints about this shitty practice and started to just accept it as capitalism fucking consumers in the ass. This seems to be the straw, the final moment when the players say THIS WILL NOT STAND! Stop it with the lies! Stop it with your bullshit! Give us a complete fucking game you chodes! 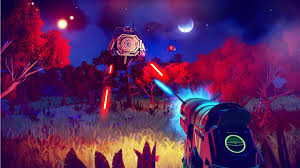 1: The Possibilities Were Endless

What is most frustrating about this game is the fact that it had potential. You can see the potential on the screen and hear of the possibilities from the staff. This game was slated to be something great. It was going to be a true space adventure. Sure, you start off in the generic indie sense where you have to first build your way off the planet using little more than wood and rocks. But after that, you could truly explore this vast and impressive universe. But instead, all we got was a boring clone of games like Rust and Minecraft without any of the fun attached to it.

I have been writing reviews for video games and movies since March of 2013. During that time sixteen 0/5 ratings and only one of them has gone to a video game. That video game was The Walking Dead: Survival Instincts, which was one of my first ever reviews. Today I am going to give the infamous honor of a 0/5 to another game. The funny thing is that, in truth, it probably doesn’t deserve it on a technical level. The game looks pretty and it has good controls. In all honesty, if I were judging this on a purely technical aspect, it should get a 1/5… But that isn’t enough for this game. Mediocrity should not be a saving grace for the piles of boring and tediousness that is supposed to be fun and enjoyable. The “good” graphics and the “potential” just do not make up for being the biggest pile of abject failure to be released to the video game market since Daikatana.