REVIEW: Fantastic Beasts and Where to Find Them

The majority of this review is completely SPOILER FREE, however I have included a Spoiler Section at the bottom where I discuss some of the events in the climax of the film. Don’t worry, I’ll warn you again before you get there!

I am a massive Harry Potter fan, and I have been since the initial book craze long before Warner Brothers struck the mother-load by convincing Jo Rowling to allow them to adapt the phenomenon. I was in line with Barnes & Noble to grab my book at midnight, and I would have it finished before noon the next day, and we are not talking Chamber of Secrets here, this was Order of the Phoenix, and who knows how many forests met their untimely demise to make the initial run of that behemoth tome a reality. And when the films did come out, I was there at midnight as well, this time usually in costume, with all the Harry Potter nerds just like me I met in college. 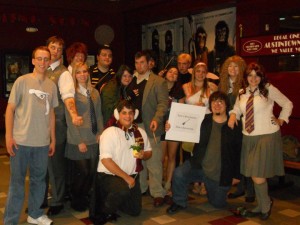 My anticipation of this film has been up and down since its announcement. When I heard the Warner Brothers was making a film based off of Fantastic Beasts and Where to Find Them, the 128 page “in-world” Hogwarts textbook written by JK Rowling for the charity Comic Relief (along with Quidditch Through the Ages) back in 2001, I was skeptical. It seemed to me that Warner Brothers was suffering from withdrawals from the money from the Harry Potter franchise that dried up with the release of Harry Potter and the Deathly Hallows: Part 2 back in 2011. In an interview with Emma Watson back in 2014, Jo Rowling said Warner Brothers approached her about the film, and that she herself was “apprehensive.” Ultimately she signed off on the film on the condition that she would pen the screenplay, making this her first foray into writing for film.

I was excited at the expansion of Harry Potter world. I have long wanted JKR to return to the world of Harry Potter to tell more stories in this rich world she created even if (especially if) they were unrelated to the story of Harry Potter she has already told. This film would be exactly that, and for that I was excited. I am a sucker for world building and, as I talk about in this episode of Nerdiest Talk Show on Earth, I largely favor the installments to the Harry Potter franchise that expand the world.

Then recently it was announced that the original three film franchise would, in fact, be five films. Wat? The source material this five-film money machine is being built around is barely thick enough to level a shaky table… 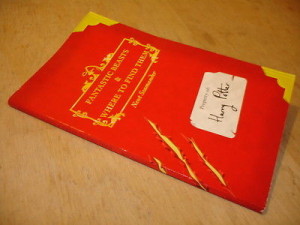 Maybe its bigger on the inside, wait, wrong British thing…

But enough set-up, on to what I actually thought of the film!

I did enjoy the film. It was a fun romp in an unfamiliar corner of the familiar wizarding world we all love. Not only seeing this world in the 1920s–but on the other side of the Atlantic to boot–was particularly fun for me (remember, world building nerd). The “fantastic beasts” for which the film and source material gets its name were also a lot of fun to see create chaos on screen. And finally, larger, darker, goings-on were certainly teased just in case you forgot this was a franchise. The film was not without its short-comings but it served as incredibly enjoyable return to the universe that I and so many others love.

As I said above, this move was fun, full of the dazzling magic and whimsical action we have been accustomed in the Potter-verse films. The beasts Newt Scamander (Eddie Redmayne) is frantically attempting to recover are creative and each full of personality. We finally get to see the adorableness that is a niffler on screen getting into mischief and hijinks after first reading about them in Harry Potter and the Prisoner of Azkaban seventeen years ago. 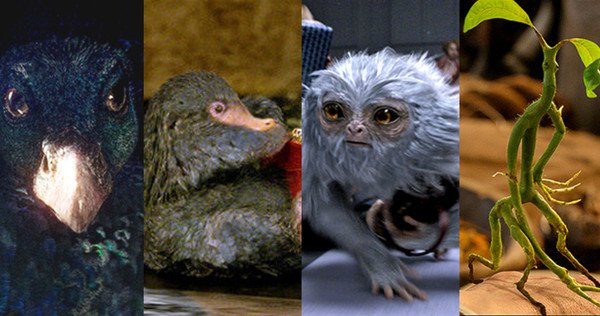 The supporting cast, in the form of Jacob (Dan Fogler) the Muggle (or No-Maj if you are an un-creative American) and Porpentina (Kathrine Waterston) and her sister Queenie (Alison Sudol), are fun characters to watch interact with each other as well as the largely anti-social Newt.

The larger plot revolves around mysterious magical attacks in New York that threaten to expose the magical community. The organization the Second Salemers, a group of No-Majs lead by the foul Mary Lou Barebone, have grown wise to the presence of witches among them and seek to find them and rid them from their society, much like the Salem Witch Trials from which they are named. This plot is an incredibly interesting addition to the lore of the Potter-verse. A group of Muggles that fears the wizarding world is an obvious storyline, but one that was never really touched on in the original Potter series. Additionally, the nature of these mysterious attacks is completely new mythology to the world and may have interesting implications that tie into events of the original series in retrospect, but more on that in the spoiler section below.

While I ultimately enjoyed the film, I could not help but to feel it struggled to find a solid pacing, balancing between the darker story of Graves (Colin Farrell), the attacks, and the Second Salemers and the light-heated hijinks of Newt, Jacob, and the magical creatures. These two sides of the scale seem so disconnected at times that it seems that when Jo Rowling was approached by WB to adapt the small Fantastic Beasts book, the wheels got turning and the story about the magi-zoologist and his quest to study creatures quickly ballooned into a complex story about American magical society (MACUSA, or The Magical Congress of the United States of America) keeping their existence hidden from the no-majs using a plot related to the dark wizard Grindlewald. Only then did the film remember that it was supposed to feature Newt Scamander as the lead character and a bunch of whimsical beasts.

Additionally the climax of the film seemed a little rushed and felt anti-climatic to me. Certain decisions seemed odd, and I couldn’t help but to feel a more satisfying conclusion to the movie was right there somewhere, but the filmmakers decided against it for some unknown reason.

Fantastic Beasts and Where to Find Them was an incredibly enjoyable film despite its faults. While the story struggles to balance the over-arcing plot with the light-hearted antics, it succeed in making each moment fun. And what bit of head-scratching the plot provokes seems to be a symptom of the franchise setting its self up for grander things in future installments, and, who knows, maybe our questions will be answered then. Only one way to find out.

For a spoiler-y take on some interesting lore additions and more in-depth criticisms regarding specific details of the climax of the film keep reading below!

THERE BE SPOILERS BELOW!

“The Tome of Internet Spoilers – Vol. 7”

YOU HAVE BEEN WARNED.

Okay, now that the muggles are gone…

First the criticisms. It is revealed at the end of the film that Graves, Director of Magical Security for the Macusa, is actually none other than Gellert Grindelwald (Johnny Depp), former best friend of Albus Dumbledore and Dark-Wizard-Before-It-Was-Cool. Other than this reveal coming seemingly out of nowhere (Newt deciding to cast Revelio on Graves without explanation), it is unclear exactly how this infiltration even happened. It is mentioned in passing that Graves spent some time in Europe recently, but does that mean that Graves was just a random guy who happened to be a high ranking authority in the MACUSA for Grindelwald to impersonate? The details here are a little fuzzy, but maybe we will get some more clarity in the future.

Now onto the “beast” that is responsible for the attacks in New York. It is revealed that this is a creature called an obscurus. It is a manifestation of pent-up magical energy created when a witch or wizard suppresses their magical powers. Grindelwald (as Graves) is obsessed with finding and harnessing the intense magical energy. It is revealed that the obscurus is in fact Credence Barebones, the eldest adopted child of Mary Lou of the Second Salemers despite being older than a child bonded with an obscurus would expect to survive.

One of the decisions in the film that struck me as odd was that Newt had trapped an obscurus in his case: one rendered harmless by being separated from its host, a young girl in a village in Sudan. It is implied that the child did not survive despite Newt’s best efforts. Now, watching the film as the revelations unfolded, I felt it was clearly moving towards Newt having to save Credence by removing the obscurus from him. It is true that the child he preformed this on before did not survive, but we already know Credence is special by just surviving this long. This would have made Newt’s involvement with this plot line much more pivotal, but instead Newt ends up being a bystander as he is thwarted in talking Credence down and MACUSA witches and wizards destroy Credence and the obscurus in front of him.

Maybe this will be elaborated upon in future installments as well. Maybe Credence was not actually killed. Having this become a recurring point of contention would allow the franchise to justify keeping Newt as the main character despite only being tangentially involved with its central conflict.

Lastly, I just want to talk about how much I love the idea of the obscurus. I feel it is a wonderful addition to Harry Potter lore. It was a new concept but felt familiar in the world. Then it sort of clicked. Standing outside theater talking to my friends after the movie, I realized the obscurus seemed striking similar to the story of Ariana Dumbledore. Upon arriving home, a quick Google search proved I was not the only one to make this connection.

We know that as a young girl, Ariana was beat up by a group of muggle children after she was spotted practicing magic. Since then she repressed her magical ability until it would build up and unleash itself in violent outbursts. Sounds awfully like the obscurus we see in the film. And lastly, before I remove my tin-foil hat, we know Ariana was killed during a duel between Albus Dumbledore and Grindelwald, perhaps in another uncontrollable magical outburst. Is it possible that seeing this magical power, Grindelwald would seek it out in other places in an attempt to use it? Seems pretty likely to me.