Last night Wizards of the Coast hosted a Live event from Meltdown Comics in LA to announce several upcoming releases and projects. The event was hosted by Alison Haislip and was broadcast live on Wizard’s Twitch Channel.

There was a lot of information about cool D&D things coming down the pipe. Lets break it down: 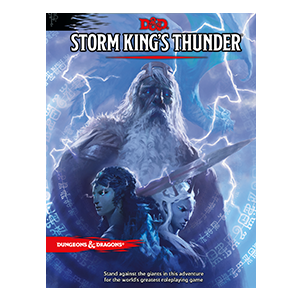 By far the biggest announcement of the night was the newest adventure. Chris Perkins, principal story designer for Dungeons & Dragons, got up to about the next installment of Wizards of the Coast’s series of official adventures, Storm King’s Thunder. Perkins explains that, as a result of the giant civilizations standing idle by during recent events of the Forgotten Realms, The storm giant King Hekaton abolishes the Ordering and declares that the giant societies prove their worth to become the new favorites in the eyes of the gods. The Ordering is the status quo of giant society that puts storm giants on top and trickles all the way down all the way to hill giants at the bottom, with it gone, giant society plunges into disorder as all the giant clans clamber to become the new ones on top. Creating chaos for humans, elves, dwarves and the other small folk as well.

Perkins explains that the adventure will be massive, spanning several incredibly expansive locations in the northern regions of the Forgotten Realms. He also teased that it will feature the return of a mysterious classic D&D villain.

Mike Mearls, D&D Lead Designer, was also on hand to announce a new game mechanic being introduced in Storm King’s Thunder: Rune Magic. Mearls explained that rune magic will be a method, originally developed by giants, of imbuing magical properties on to objects. The more rare or difficult to acquire the more powerful the rune’s magic. We have yet to see just what form this will take mechanically and what, if any, runecaster options will be available to players. I am excited to see how this addition to the 5e toolbox works. 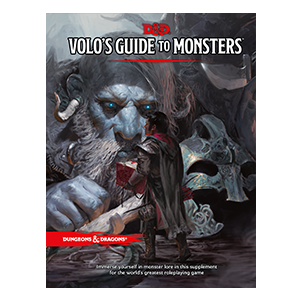 Another publication announcement made last evening was Volo’s Guide to Monsters. According to Perkins, the book will include expanded lore on many iconic D&D monsters as well as over one hundred monsters, complete with lore and stats, completely new to Fifth Edition.

Additionally the book will also include new player options, specifically in the form of monstrous player races including goblin, orc, and firbolg.

Release date for Volo’s Guide to Monsters is set for November 15th, 2016.

The night concluded with a short original D&D session DM’s by Critical Role‘s Matthew Mercer. What was a surprise was that this session was meant to be a prologue to a new official Dungeons & Dragons show, Force Grey: Giant Hunters, co-produced by Geek & Sundry and Nerdist. Touting an ensemble cast of comedians and actors including Ashley Johnson (NBC’s Blindspot, Critical Role), Brian Posehn (The Sarah Silverman Program), Chris Hardwick (@Midnight, The Talking Dead), Jonah Ray (Comedy Central’s The Meltdown with Jonah and Kumail), writer/comedian Shelby Fero, and Utkarsh Ambudkar (The Mindy Project, Pitch Perfect) as band of unlikely “special forces” adventurers protecting the Forgotten Realms from unknown threats (probably giants). Find out more about the cast and their characters here!

The show will debut this summer on nerdist.com.

Check out the prologue from last night’s event here:

The Dungeons & Dragons MMO Neverwinter announced that they will be launching tie-in expansion for the Storm King’s Thunder adventure. Additionally Neverwinter will soon be available, free to play, on the PlayStation 4.

Nick is a social media marketing professional and content creator by trade but also dabbles in everything from graphic design, photography, illustration, videography & video editing, animation, and podcasting. He is the Co-Creative Head at Derailed Medial LLC, the creator and Dungeon Master of the ENNIE-nominated podcast Tales of the Voidfarer and cast member on Cape Chronicles and Fables Around the Table.
Previous Post (p) C20 Coming Soon: White Wolf Publishing Continues to Celebrate its 20 Year Anniversaries
Share
Next Post (n) Overwatch: First Look