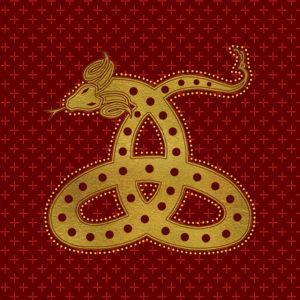 I was bad and took the quiz multiple times. I’ve also taken several unofficial quizzes. The breakdown goes 2 for Wampus (both unofficial quizzes), 2 for Horned Serpent, and 1 for Pukwudgie. I took Pukwudgie knowing nothing about Ilvermorny, so make of that what you will. Shortly thereafter, without reading any additional material, I took it again to see what House I would get and I got Horned Serpent. Twice. Each quiz I took had fairly unique questions, and the unofficial quizzes I took pulled questions and answers from the Pottermore quiz. I’m hoping to take the ones that have the full question and answer breakdown to see what House I’d really end up in.

I’ve also noticed that Pottermore tends to put me in Ravenclaw. It usually lets me pick between Gryffindor and Ravenclaw at the end, but when it doesn’t, it puts me in Ravenclaw. When I took the full one with all of the questions, I was mostly Gryffindor and Ravenclaw (it was only one point difference towards Gryffindor), and then Slytherin and finally, Hufflepuff, which I feel mostly fits. I don’t know what to make of the Ilvermorny houses though. It doesn’t seem to be a 1:1 correlation with the Hogwarts Houses, which I’m glad about. Though Horned Serpent and Ravenclaw seem pretty similar. Others have tried to make to the correlation, however. I just don’t think it works. I want to know more about these Houses. We get how the school was made and what the houses loosely correlate to (mind, body, heart, soul), but I feel like we aren’t getting a good sense of what type of person is in these houses. They say that healers tend to go in Pukwudgie and scholars in Horned Serpent, but that doesn’t tell us a lot. Hopefully we’ll get more information in the movie or in the form of written stories.

The first thing that I noticed when signing onto the new Pottermore and taking the Ilvermorny Quiz is the fact that the four Ilvermorny Houses seem like a “revised version” or “fixed version” of the Hogwarts houses. Now, do not get me wrong. I love me the Hogwarts houses. But it is clear that JK Rowling wasn’t expecting Harry Potter to get as big as it got so at first the four houses were the bravest in Gryffindor, the most cunning in Slytherin, the wisest in Ravenclaw, … And then there was the rest who got shoved into Hufflepuff and put in the basement near the kitchen. Of course, as the books adventured on, Hufflepuff became much more than that. They became the house with the most “heart” which I guess puts them on par with the one kid from Captain Planet. It was also clear, at first, that Slytherin was supposed to be the bad house and Gryffindor the good house. But this was also changed as well, especially after people began to sort themselves into a variety of different houses. But all joking and snide comments aside, Ilvermorny does not take this route, each of the four houses are presented in equal light from the mythos and not one is presented as inherently “bad” or “undesirable.” The Ilvermorny selection process also bypasses the vague “choice” from the sorting hat and basically let’s people stand in the center and whoever selects them, selects them. If more than one house selects them, they get to choose. So those, like the Weasley family quickly get sorted into their happily chosen house while those like Potter, would be selected by Slytherin and Gryffindor then get to choose. Kind of takes away that vague understanding of choice and makes it much more concrete.

I was quite happy to see that I got put into Pukwudgie. It was the house that I related the most to during the story and since I related more to the James character in the story as well, this one was a pleasant choice. Granted, it doesn’t sound as cool as “Thunderbird” but I can live with that. After all, I’m about as far from cool as they come. Overall, I thought that the Pottermore experience was quite enjoyable. I found the mythos to be fascinating and the house selection process to be engaging. 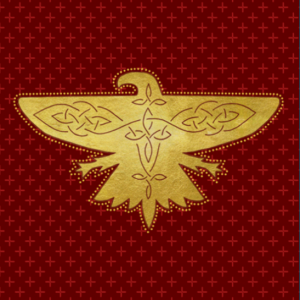 I’ve always self-identified as Gryffindor, as many do upon reading the books, as a vast majority of the protagonists were Gryffindor (unless you were an angsty or rebellious type, then it was Slytheren). Many of those same people are not actually Gryffindors and likewise got sorted elsewhere when Pottermore first launched. I, however, was sorted into Gryffindor upon the launch of the beta, Gryffindor again when the full site released, Gryffindor for the comprehensive quiz of every Pottermore question, and Gryffindor when I retook the quiz when I remade my account to do the Ilvermorny sorting. Never once has it even given me the option to choose. I was once sorted into Hufflepuff by an unofficial quiz but I don’t like to talk about that. As Fiona says, I am one of those true Gryffindors “who gets a sword and shit.”

I read through Jo’s write-up about Ilvermorny and its origins before taking the quiz. The houses seemed neat and pleasantly distinct from their Hogwarts counterparts. More interesting still, I didn’t really gravitate towards any one of them after reading their descriptions. I could see myself reasonably being placed in any of them. I did the sorting quiz (only once! Looking at you, Fiona!) and was placed in Thunderbird, which I do agree with now that I have given it significant thought. According to Pottermore, Thunderbird is the house that represents the soul of the witch or wizard and tends to favor adventurers. As vague as this description is, I think it does apply pretty well to me. Soul and Adventure. I have always had a creative drive that I channel into every facet of my life and I am always up to experience to new and different things. All this considered I firmly agree that Thunderbird is my house.

What is most interesting to me is that the house divide of Ilvermorny seems to be completely different than Hogwarts. House-mates at Hogwarts are often split up when sorted into Ilvermorny and that is really cool. I’ve seen a few instances of individuals attempting to equate houses one to one which I don’t think is really possible. It’s like equating the Hogwarts houses to the four nations from Avatar: the Last Airbender. Sure there might be similarities, but ultimately saying Horned Serpent is basically Ravenclaw because they get the clever people or Pukwudgie is basically Hufflepuff because they both have funny names is like saying Fire Nation is basically Gryffindor because they like to wear red, and that’s about it. Also I’ve seen Thunderbird equated to Slytherin (mostly because it’s what’s left, it seems), but as an undeniable Gryffindor who got sorted into Thunderbird, I couldn’t disagree more!

Wand: Silver Lime wood with a Phoenix feather core 12 ½” and Quite Bendy flexibility

What’s really interesting to me is that I feel like, at least from what I’ve read, Thunderbird is a stronger fit for me than any of the Hogwarts houses. I generally agree with the Ravenclaw placement, and I do enjoy vigorous thinking, reading, writing, and other generally Ravenclaw-like activities, but I also have chosen over time to not pursue the scholar’s path. I’m not guided heavily by a sense of honor or courage, nor a sense of strong ambition, and I’m notoriously terrible at finding things or working hard at anything. So Ravenclaw fits best, but it’s still flawed.

Our actual knowledge of Thunderbird is limited right now, but I like the idea of being an adventurer, or of being the “soul” of the school. I like reading, thinking, writing, and debating, but ultimately I’ve found at this point in my life that I also need to do things that feel tangible and real. Thunderbird captures that spirit in a way Ravenclaw doesn’t. Another way of seeing it, perhaps, is that Ravenclaw represents to some extent who I am in a sort of everyday sense, but Thunderbird is more about who I would like to be, or perhaps who I will someday become.

I think that Tanner is totally right when he describes the new houses as being “updated” Hogwarts houses. And I don’t think this is the first sign that Rowling perhaps has regrets about the way she handled the Sorting and the houses early in the series. Several times, characters in the books, even the Sorting Hat, express regret over dividing children up into houses. This might be about a narrative trick Rowling pulled that got away from her, and now she’s stuck with.

I think Rowling had the idea of houses as a way of quickly adding texture and some sort of organizing principles to Harry’s life at Hogwarts. Sorcerer’s Stone, more than any of the other books, is clearly aiming at very young children, and this organizing trick helps make the story more understandable to younger minds. Sorcerer’s Stone has always felt to me like it was a little less interested in making sense or in conveying realistic humans than the other books, and was more interested in broader strokes and clear organizing ideas. Dumbledore is much goofier, the castle’s wackiness is much more exaggerated, and in general the whimsy is turned up to 11. The rest of the books in the series scale this back, and I think become a good deal richer for it, although in doing so become less comprehensible to younger readers. The whimsy remains, but it is tempered by a little more serious worldbuilding and a few more realistic characters.

I see Ilvermorny as representing this movement in a clear way. Where the Hogwarts houses were intended to simplify young reader’s understanding of the characters, the Ilvermorny houses were clearly designed to raise interesting questions and present a deeper set of ideas. The Hogwarts houses are something like an endpoint to a person’s personality; the Ilvermorny houses are more like a starting point, with each house pointing to different ideals towards which one can work.

Apart from the houses, the whole Ilvermorny story seems to be laced with these deeper thoughts. The name itself is less immediately whimsical than Hogwarts – we’re all used to the name “Hogwarts” by now, but it is worth remembering that the name is deliberately goofy and whimsical, something a child would name a school. Ilvermorny is the name of a school that feels rooted in history and the past, part of a developed world, while Hogwarts is the name of a school that floats freely outside reality, forming a little bubble around itself. Perhaps this mirrors Rowling’s own development, going from writing a world that is purely her own fantasy to trying to add more to a world that has already been embraced by millions.

Fiona L.F. Kelly is a writer, editor, and podcaster. She has published numerous articles about all things gaming and pop culture on websites all across the internet, was also a writer for Trinity Continuum: Aberrant 2e, and has been published in books and magazines. She is an editor for the pop culture and media website GeekGals.co. In addition to her writing and editing, she has also been a guest and host on several podcasts. She hosts the Project Derailed podcast Big Streaming Pile, produces and performs on Fables Around the Table, and plays the githyanki pirate Rav’nys on Tales of the Voidfarer. Buy her a coffee: ko-fi.com/fionalfkelly
Previous Post (p) Roll For Initiative: Overwatch - Part 1
Share
Next Post (n) Rick and Morty Rewatch - S1E4