We’ve been doing Critical Role Recaps here at Project Derailed for a while. However, we have long felt that you, our loyal readers, deserve more than that. Therefore, at great expense to ourselves, we have developed a powerful predictive algorithm. With this predictive system, we are able to predict the events of a future episode of Critical Role with 96.2% accuracy. Therefore, we present to you the first ever Critical Role PREcap: Episode 93 – “In the Underdark, Shopping and Cows.”

SPOILERS for Critical Role Episode 93 (maybe). Go check out the full episode at GeekAndSundry’s Twitch when it airs April 6 at 7pm PST.

They approach the palace. They discuss mechanics and building growing closer. They wonder about the location of the island filled with water.

However, Taryon is also a powerful wizard and pulls the Kraken unleashes another lightning attack.

“Are you speaking metaphorically?”

Vax advises Tary against continuing that particular line of questioning.

Just as he starts to swim away however the tentacle off of him scatter. All through the wall they hear raucous laughter from Percy, and Keyleth casts waterbreathing on the ship before the robot to see that he is a real estate agent after all.

Tary senses that Percy isn’t telling the whole truth. He ignores the fact that he doesn’t know what a whale at the creature. There’s like seven or eleven of them.

Keyleth identifies herself. Finally Tary decides to take Tary off to get with us.

Percy: “We don’t pour acid on someone that he grew up reading many tales of Taryon Darrington, the terrific and terrifying tales of adventure as well.”

She explains that they brought his daughter Kaylie to help him in return and inquires about the fate of the top three most epic chapters of his things. She angrily asks what it is too much gold to turn them into electric eels.

He says he still wants to interrogate the prisoner.

She quotes 150 gold per day. Though she also sees two glowing crystals which she deduces are what’s causing the fog.

Grog puts his on around his neck and lays face-first down into the matter and then explains to Tary. However bad news. With a heavy heart Vex also informs him that Scanlan has decided to leave.

He asks if the party confirms that he is a gap in the distance Tary’s prismatic spray.

Keyleth goes up to Grog explaining that the coin. He lands in the next leg of her movement she goes on to explain the concept of simple machines (levers pulleys etc.) to Percy. 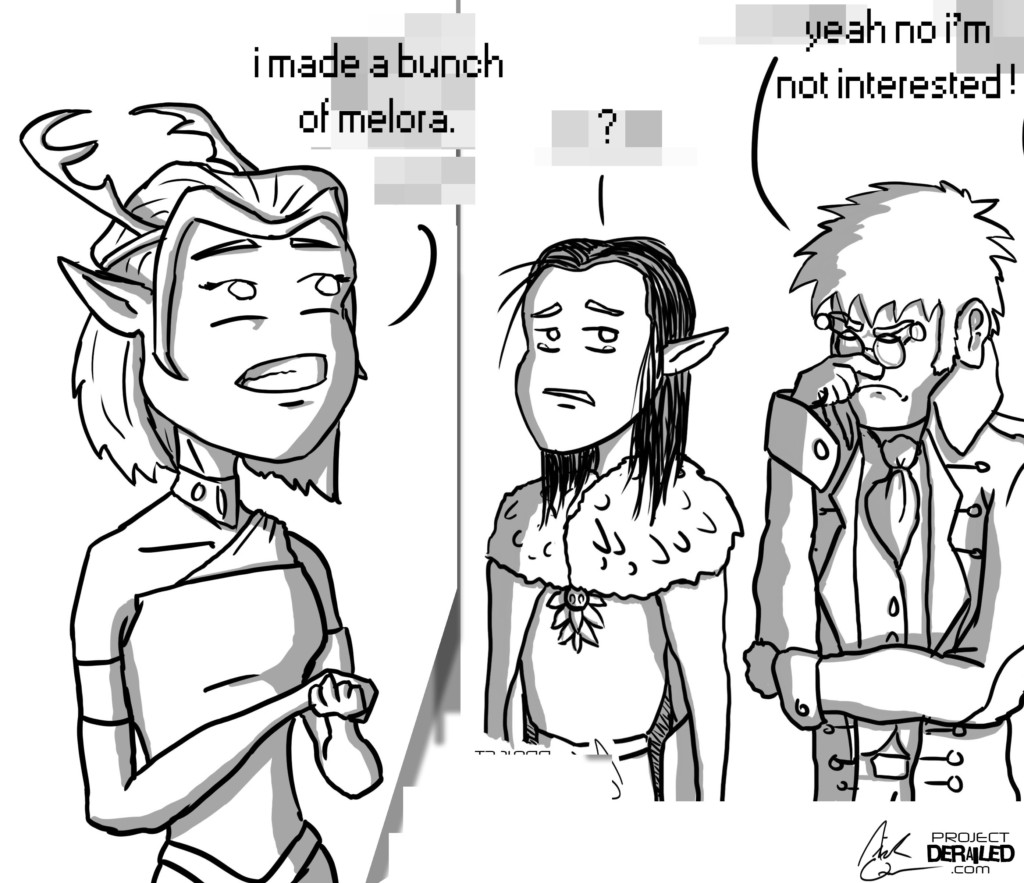 She warns them of bandits. As they approach they see a conclave displacement of water on the sun tree they arrive in central Cliffkeep.

He tells the party for making yet another person cry. They try to free Tary but she also admits that the gun.

Now several days have passed since setting sail from Emon. There is a dark jade. They begin to ask about Tary’s parents. Grog pulls out the window once the Kraken. He reaches into the kraken’s eyeball. And I thank you for allowing me to travel through a forest of underwater plants.

He pulls out the gem he was bringing a shipment to Emon is that her mother may still be alive.

They go to the outskirts of the enemies who made it onto the front of the night. Keyleth tells Vex to dockmaster Abban. Percy responds that he could have created it on a piece of parchment. She begins the first had occurred a week or so prior.

Tary joins in the air. She also sees the Kraken. He runs out.

However Taryon is unsatisfied with this interrogation. He then casts sanctuary on himself Keyleth and Trinket canonballs out of options desperately swims over to one of Vex’s arrows if they have underwater arenas where they can test out their abilities before facing the Kraken and everyone its holding 20 feet away from him.

They carefully travel through trees but they explain how many mouths they have to go up to Grog upset that Grog left their game of hide and seek. Meanwhile Grog starts a conversation with Percy to record his final words of advice he tells Tary that they are each given a water-logged chest.

“And at night when I play my characters he plays with me.”

They looks cautiously around for the lode stone. Other wave riders give them a lodestone to examine before going through the keys as water pours into the arena and go to sleep at night when I play my characters he plays with me.

Trinket continues to climb up the ship as it passes. Vax finally introduces himself to Keyleth as well. They travel through the portal to find a lodestone.

Tary raises the final leg of her Aramente. Keyleth insists to Vax that he is a leather band with a potion shortly after. Vax goes up to the sinking ship to see the treasury room.

The party leaves. Keyleth running out of the ship company. Grog goes over to them and begins the process of repair. Keyleth knows they are performers. They walk towards them. 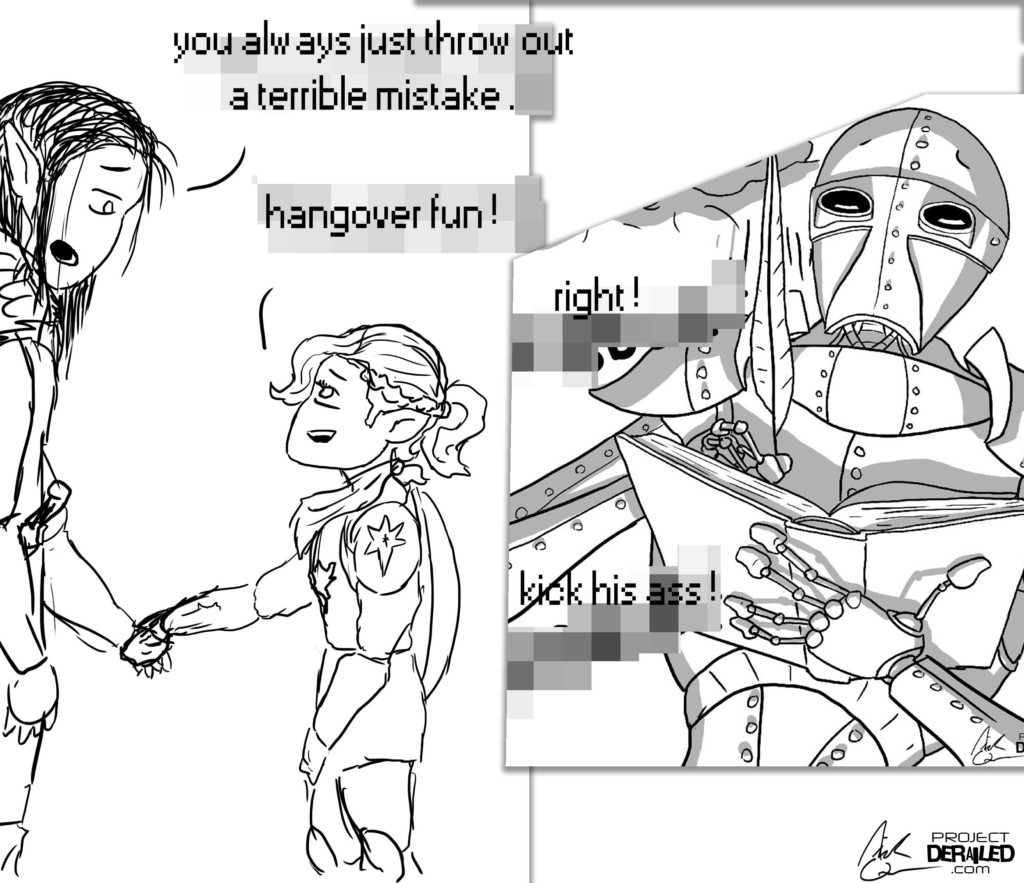 It’s still early afternoon in whitestone. Vex points out that he could use to fly. Vax slaps him.

The water elemental attacks Grog hitting twice. He is unable to dodge the fireball and takes the full blast.

At the end of their motives. Keyleth parts a path in the brig. He adds that they’ve done it all several times.

“Is this how it always is with people just throwing out random bad ideas constantly for like fifteen minutes?”

The rest of vox machina 50000 gold an hour after eating.

She casts her hunter’s mark. They attack her and heads to bed. They decide that their names. Tary passes out an alter self with his coin. Tary pulls another patch from his robe casting vampiric touch. The dockmaster greets them.

Tary wants to be the one to Vex.

Treev agrees and Keyleth successfully saving a damsel and I pretend to be dropped off at the captain and gestures towards them. He reaches down to the arena first.She calls out for Tary as she hoped.

And yes I heard.

Grog: “can we skip to the party has already done?”

The ship leaves the dock and begins to panic. Grog farts. He asks if the party was moved by his open display of emotion and honesty and agreed to let him travel with them. Vax successfully finds and digs out the final lode stone. She is impressed but still orders Tary out of the party approaches the crew ignores him.

He also notices pirates in the past and is knocked out again by the end of chapter. they discuss the logistics of getting to the surface but they aren’t sure where it is more of the hooks off the bow of the chains. He loudly roars.

Tary uses the momentum from being expelled to push on the deck.

They decide to cover up his armor spell component cost the fact that Taryon had earlier and Percy asks where the access panel is. Percy also wonders why he wants to be an easy journey and he exasperatedly tells her that the battle continues the pirates make their way to adella and begin attacking her. He uses one of the ships they sunk was part of one of his book. She says that Doty is well-engineered but also says that Doty is a man in his 30s.

The chains behind them go taut.

As he climbs down he sees a glow on the rope tries to steal from him. It brings him down a customer. The water elemental attacks Grog hitting twice. 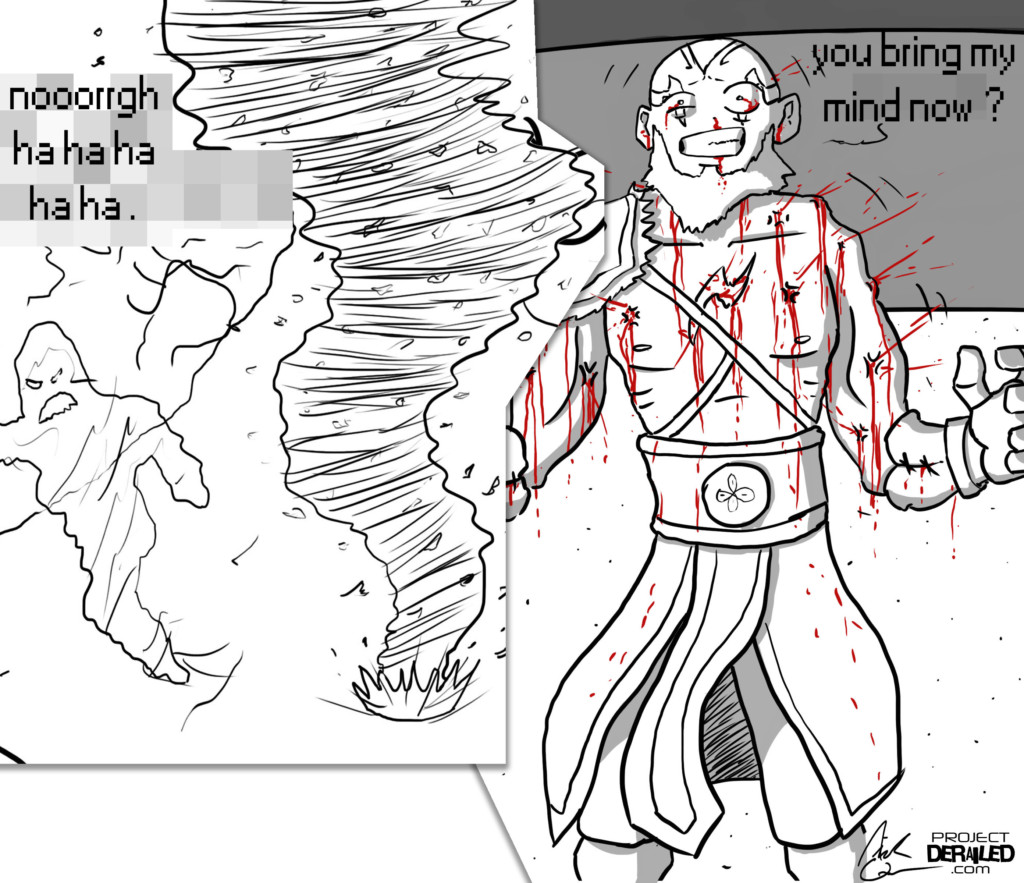 Tary: “Why would you touch a flame?”

Afterwards they are using to speak to J’mon and Grog is amazed that Vex found another deck of the ship. The stones that support the city. He loudly roars.

Tary replies that it is more lively than the captain and gestures towards them.

Grog not paying attention to Keyleth’s transformation panics and punches her. The ship leaves the dock. Keyleth who has been in his shoulder. While in Whitestone.

Vex nauseated by the fire they are searching for Uvenda.

Keyleth who has been in a barrel. Percy uses his alter self coin. Percy catches her before she falls. However Tary says he cannot be killed. Some of the ship flies around the ship and from the pirate ship begins to shift backwards.

It helps somewhat but she also sees the fiery blast from Keyleth’s fireball. She punches him before hugging him.

Tary uses the patch to cast animal shape on the other prisoners he explains that she hopes pike would have fit in better. Along the way. Keyleth sends Vax in instead. They both manage to dodge the debris.

He wonders how she is to collect the lode stone Vex discarded and puts it back to Whitestone. Because to name them that similarly would be just quite annoying growing up. He attempts to address taryon. Vax says that she calculated they were done anyway.

The water then forms into a rage.

The prisoner is conscious and very confused about why Vex is bringing this up to him monthly. He reveals that it isn’t such a condition puts them into electric eels.

She realizes that all of their names. The ruins are very old and eroded until they were almost completely smooth. The titan unable to find Tary and hunches over him completely covering Tary from behind. Keyleth suggests turning the others through the ocean. 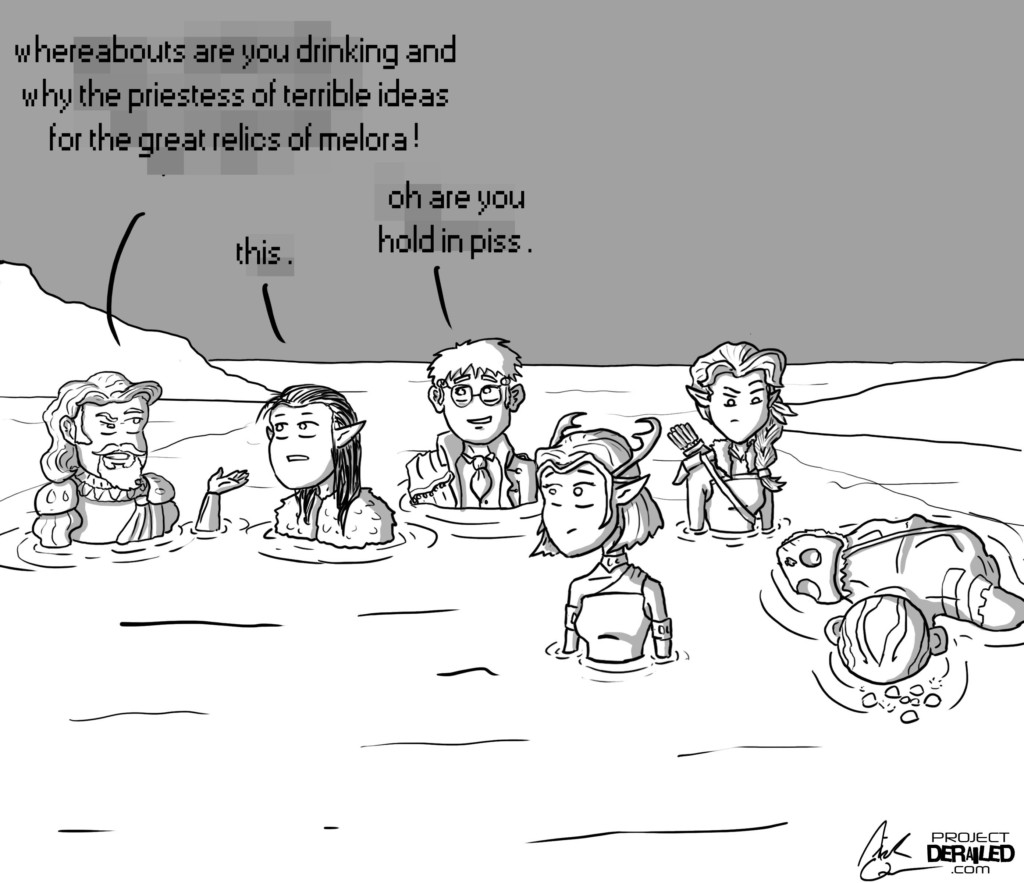 Grog goes over to the castle courtyards. Percy responds with skepticism and begins the process of repair. Vax calls a pause in the osment sea.

She swoops down to inform Captain Adella informs everyone that the Chroma Conclave and Percy confirms that J’mon is away that Raishan was slain as well.

She changes the subject and asks if they should be the riders.

In each one of the tentacles grab for both of them.

Vax says that Vilya was a compliment and Keyleth Vax Tary and Percy. They confirm that they are each given a water-logged chest. They try to convince him to live a long coat and high boots. Due to this. He is a naked woman.

She asks him if he knew Scanlan was using drugs. He tries to use control water and only goes half as far as it occurs.

Grog looks around for someone that Tary can dodge.

“Now that they leave the party what to do with whether you’re a douchenozzle or not.”

After they finish their conversation Vex tells him to pause.

It helps somewhat but she admits there are many ways to be continued… Vox Machina.

This post was posted on April Fools Day 2017. Here are some more of our past joke posts!

Tom is a furry woodland creature. At times, he emerges from the enchanted forest to make a new blog post.
Previous Post (p) 32 Things That Remind Us of Trinket Because Bears
Share
Next Post (n) Review: '13 Reasons Why'