It’s D&D day! You haven’t prepared a session yet but you will have plenty of time after work. Right after you make yourself a burrito and rewatch an episode of Rick and Morty. You grab a quick 20 minute power nap to energize yourself before immortalizing to paper the awesome session you will undoubtedly create. Totally understandable.

But alas, you accidentally set your alarm to A.M. instead of P.M. and that harmless little nap turned into a full blown sleep the envy of Rumpelstiltskin and Princess Aurora combined. 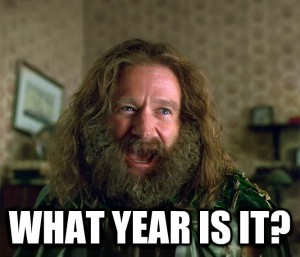 Groggily, you realize that your players are just about an hour from being at your doorstep! But you can’t just cancel! The last session was awesome and your players have been looking forward to this all week! Besides, Mama didn’t raise no quitter.

Luckily, weary DM, I am here for you. Here are eight tips to help you still manage to pull a great session fresh out of the depths of your ass.

This is good practice regardless of the time you have to prep, really. An outline is going to be much easier to quickly reference when you need to jog your memory than trying to navigate the paragraphs on paragraphs of lore you have written. And with your players more than likely in transit, you really don’t want to waste all of your time writing. Keep things short and concise, limit yourself to keywords and short phrases. Nobody needs to be able to read this except you, so go wild with the shorthand, so long as you know what those arcane scrawlings mean.

Whether it is a Forgotten Realms, Borovia, Golarion, or a homebrew setting, you should have a pretty good understanding of the setting in which your player characters currently find themselves. Knowing and understanding the terrain, features, and population of the immediate surroundings will go a long way to knowing how those elements might react to anything your players throw at you. It also will also give you better context for the NPCs your PCs may meet and the monsters they might come to clash with.

Establishing scope is always important when writing any adventure hook. This is even more important when you have limited time to write the thing. Not every session needs to deal with an impending doom, awakening of liches, or a massive army of angry weresloths at the town gates. Some of the best sessions I have ever witnessed have happened entirely within the context of a single evening at the tavern.  Just throw in a few memorable NPCs and an interesting situation and the players may do the rest of the work for you.

Something as simple as an argument between two belligerent patrons about the details of an event the PCs happened to be involved with could lead to an entire session of entertaining shenanigans as the PCs attempt to clear up the matter only to be challenged by one or more of the drunkards.

Even if you would prefer a more traditional quest,  a simple recon or delivery task could make for a fun session if you include interesting NPCs and challenges.

Speaking of those, you should probably…

Once you solidify the setting and scope of the session you can begin to think about what NPCs might be prominent. There are several name, and even full character, generators available online that can get you started. Once you have a few names you like, sort out the details like race, gender, profession, etc. Lastly, its always a good idea to quickly hash out what those characters primary wants and fears are. A characters greatest desire and greatest fear are the two of the most common motivators they can have. Figuring out what these are for your NPCs will help immensely when you have to roleplay them on the spot and will go a long way to creating a memorable character that literally didn’t exist mere minutes prior.

In most cases, these characters should be generic enough to be plopped into the setting wherever they need to be to interact with the players. Details like profession, hometown, or allies, for example, can all be flexible until the point they come into contact with your PCs.

5. Have some monsters in your pocket.

Pull out the Monster Manual, or edition-specific equivalent  (or SRD), and bookmark a handful of level appropriate stat blocks for things your PCs might possibly encounter. As with creating a few NPCs, knowing your world will go a long way to giving you a good idea of what kinds of creature and NPC stats may be the most useful.

Try to mark a good few more than you would possibly need. Having something ready to pull out of your back pocket during some random left turn the players take will make you look like a some sort of god.

You should have a pretty solid understanding of your players and what they are expecting from your game sessions. If they are raving band of Murder Hobos then you are going to obviously want to expect and write for that kind of play, even within your limited scope you have established above. Knowing your players and their characters will allow you to at least have some idea of how they might react to the things you are going to throw at them, which helps you to at least seem like you are a step ahead.

Now, you obviously aren’t a mind reader or a fortune teller (unless you are, then you really don’t have a reason to be reading this article) so you are still going to want to plan for multiple avenues of action and be ready to improvise.

Which brings me to my next point…

This is another good tip for game masters all of the time, but is especially important in a time crunch. The fact of the matter is you can’t prepare for everything, so don’t sweat it when the PCs take an unanticipated turn and want to travel back to the previous town to talk to that old crone an NPC mentioned in passing for no real reason because of course they do. Let them. They just wrote a hook for you, embrace that. So long as you know that world, you will have a pretty good idea of how to react to their actions, and you can always use elements of the things you did prepare to sprinkle along the road ahead of them to keep things interesting.

8. Pray to the great one, Matthew Mercer, for his guidance and wisdom.

Because at this point, it couldn’t really hurt.

Nick is a social media marketing professional and content creator by trade but also dabbles in everything from graphic design, photography, illustration, videography & video editing, animation, and podcasting. He is the Co-Creative Head at Derailed Medial LLC, the creator and Dungeon Master of the ENNIE-nominated podcast Tales of the Voidfarer and cast member on Cape Chronicles and Fables Around the Table.
Previous Post (p) Is There Really a Problem with Women's Beer?
Share
Next Post (n) Top Ten Most Iconic D&D Monsters