Pottermore released the first images of Harry, Ginny, and Albus Severus from Harry Potter and the Cursed Child today. The play, which will open in London next week, stars Jamie Parker as Harry, Poppy Miller, as Ginny, Sam Clemmett as Albus Severus, and Noma Dumezweni and Paul Thornley as Hermione and Ron, respectively (though they aren’t pictured here). The show is set after the epilogue of Harry Potter and the Deathly Hallows and follows both Harry and Albus as they deal with the events and aftermath of books 1-7. 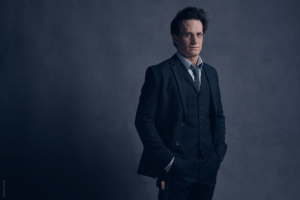 I actually like this look on Harry. It’s older and shows a more professional side to him. At this point in his life, he’s working for the ministry and caring for three children, so, while it’s a significant deviation from his old look, it still looks like an evolution. Moreover, in the books and films, we never really got a sense of Harry’s preferred style because he was mainly wore Hogwarts robes or Dudley’s hand-me-downs. Even Molly picked out his dress robes without giving him a say. His signature messy hair is still clearly going strong, however.

I will admit though that I do miss the famous blue shirt and hope it makes an appearance during the play. 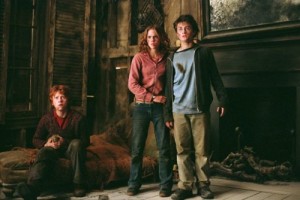 Harry Potter and the Prisoner of Azkaban

Harry Potter and the Order of the Pheonix

Harry Potter and the Deathly Hallows

The blue shirt is iconic. Even though Harry now has the obligation to spend some of his fortune on his wardrobe due to his job, I hope he still keeps the blue shirt somewhere in the back of his closet. 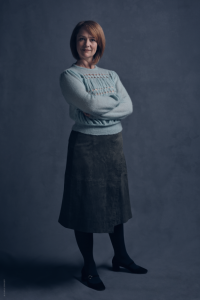 I really like this style evolution for Ginny. It still has a jumper, which is very Ginny, but it also seems very comfortable, which is a good look for a retired professional Quidditch player and writer. I also see a little bit of Molly in this outfit. It’s a little bit more sleek looking than what Molly usually wore, but the sweater with a skirt and tights looks like Ginny may have taken some style tips from her mother. 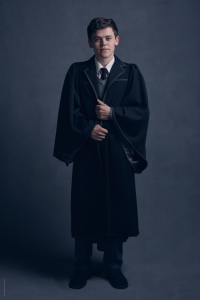 Al’s outfit wouldn’t be as much of a commentary on Al’s fashion sense, but, rather, how Hogwarts has evolved their uniforms. I like to think that Hagrid, Flitwick, and McGonagall had many meetings on how the style should evolve. The Houses could have all submitted designs a la Project Runway with the winning house winning 50 house points. The tailored look and structured lapels make me think that it was likely Ravenclaw (but maybe Slytherin) who would have won the design contest.

Overall though, I like this look. To me, it shows that the wizarding world is catching up a bit to muggle fashion. This was likely inspired by Harry and friends taking down Voldemort and wizarding blood purists. While basically all wizards dressed in a fairly odd way to their muggle counterparts, perhaps the costumes in this show is meant to show a change in wizarding mentality overall. By bringing their fashion closer to muggle fashion, wizards might be outwardly bringing themselves closer to the muggle world in an attempt to coexist.

Fiona L.F. Kelly is a writer, editor, and podcaster. She has published numerous articles about all things gaming and pop culture on websites all across the internet, was also a writer for Trinity Continuum: Aberrant 2e, and has been published in books and magazines. She is an editor for the pop culture and media website GeekGals.co. In addition to her writing and editing, she has also been a guest and host on several podcasts. She hosts the Project Derailed podcast Big Streaming Pile, produces and performs on Fables Around the Table, and plays the githyanki pirate Rav’nys on Tales of the Voidfarer. Buy her a coffee: ko-fi.com/fionalfkelly
Previous Post (p) Critical Role Recap: Episode 54 - "In The Belly of The Beast"
Share
Next Post (n) C20 Coming Soon: White Wolf Publishing Continues to Celebrate its 20 Year Anniversaries