Even though I love superheroes, and I believe that everyone would get into superhero comics if they found the right one, I know that not all genres are for everyone.

However, I do believe and stick to my convictions that there is a comic or graphic novel out there for everyone.

Comics are a fascinating medium of storytelling. There’s so much that can be represented visually in panels that pure text can’t always convey. It’s a beautiful combination of art and literature, and the stories are often important and cannot be replicated in any other way.

There is a story out there for you. Here are what I consider to be some of the best comics that have nothing to do with superheroes to introduce readers to the wonderful world of graphic novels and comic books. 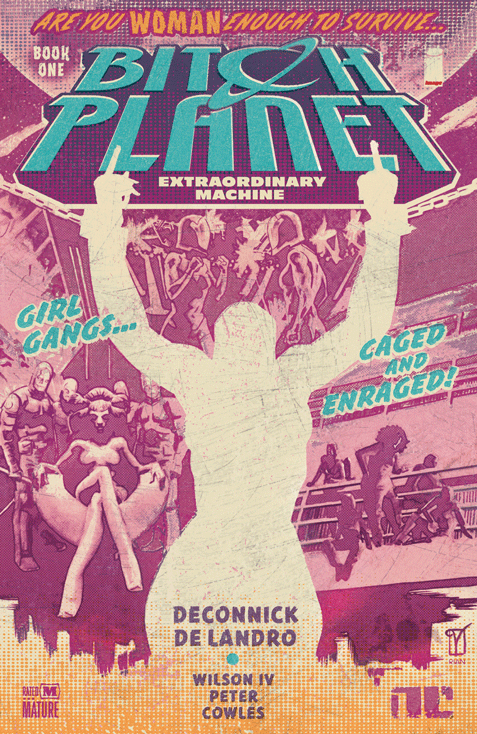 Series length: Bitch Planet is still a relatively new series, so there’s not much to catch up on. There is one trade paperback (a collection of comic books published as a single volume) out with the second coming out in May.

Synposis: Bitch Planet follows “non-compliant” women sent to a prison planet. The story closely follows several characters through their time in the prison, as well as featuring flashbacks. It also follows the patriarchal government system that put these harsh, sexist laws into place. 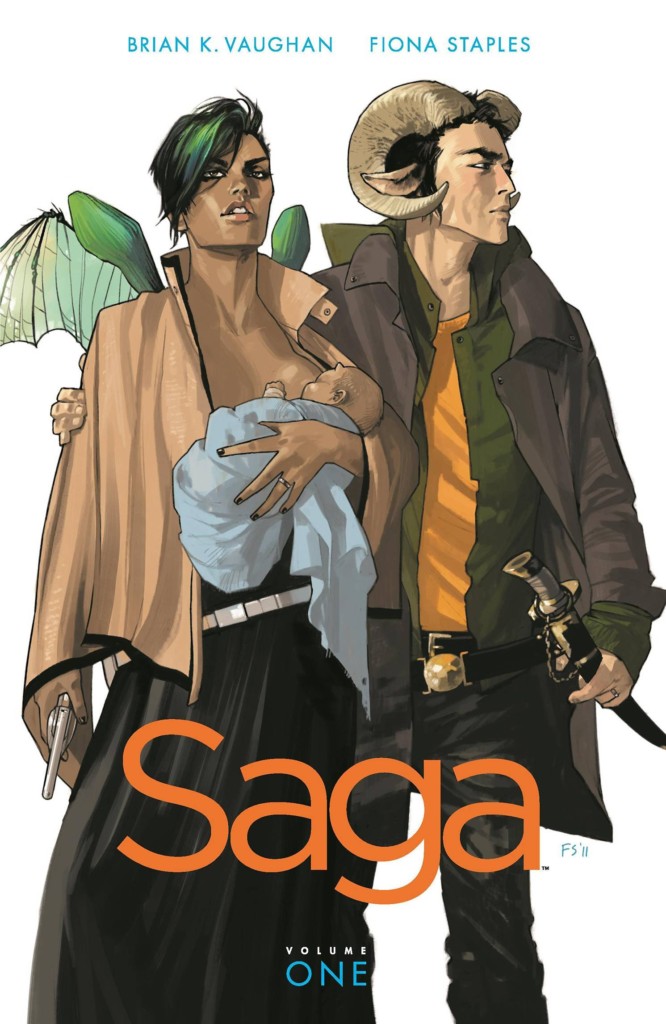 Series length: Saga has been running since 2012. Currently, there are 42 issues out. These 42 issues are collected into seven trade paperback volumes and one hardcover collection (this spans issues one to eighteen).

Synposis: It would be easier to say what Saga isn’t about. The central story in Saga follows a couple–one with horns and one with wings–from two warring worlds who have just given birth to their first child. Not only is she their first child, but, as far as they know, she is the first child to be born from both of their species. The story is narrated by this child years into the future as she follows her parents on their journey hiding around the galaxy. There are many other characters and subplots as well, each expertly crafted.

Synopsis: Suzie and John meet each other and begin to date. Shortly thereafter, they realize that they both have the ability to stop time when they orgasm, a secret they have kept to themselves since childhood. From there, they devise a plan to rob the bank where John works to pay off the debt Suzie’s library owes. However, they quickly find out that they aren’t the only ones with this ability.

Synopsis: Rat Queens is like every Dungeons and Dragons game. It follows four characters: Betty, the drug addled halfling theif; Dee, the atheist human cleric; Violet, the hipster dwarf; and Hannah, the rockabilly elven mage (Braga, the half-orc barbarian is the fifth Queen in the reboot). They go on adventures, fight, fall in love, and resolve issues from their pasts, all while defeating some monsters along the way. 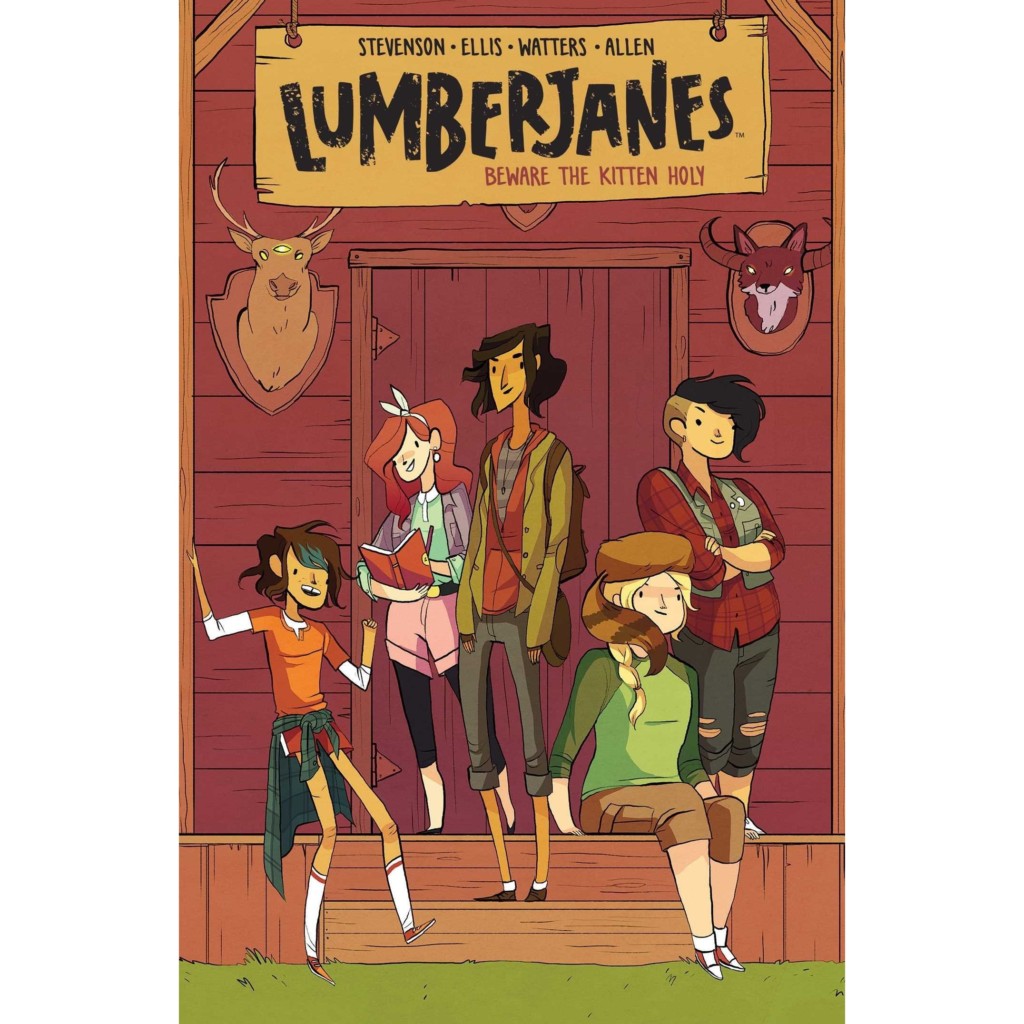 Synopsis: Lumberjanes follows five bunkmates at Miss Qiunzella Thiskwin Penniquiqul Thistle Crumpet’s Camp for Hardcore Lady Types. During the summer, Jo, April, Molly, Mal, and Ripley go on adventures while earning their Lumberjane Scout badges. Each girl has a unique personality and set of skills to help them solve problems and support one another.

Series length: This is the only series on this list no longer running (don’t worry; it did finish the story). There are 60 issues, 10 trade paperbacks, 5 hardcover or paperback deluxe editions, and three oversize slip-cover “absolute” editions.

Synopsis: Every male mammal on earth spontaneously dies except for Yorick and his pet monkey Ampersand. The world is thrown into chaos as the population is suddenly a fraction of the size it once was moments before (with many women also being killed in accidents caused by the sudden death of all men). Still, Yorick’s one goal is to get to Australia to find his girlfriend. His mother, a member of the United States Congress commissions Agent 355 to protect Yorick and get him to Dr. Allison Mann, the world’s leading geneticist and cloning expert.

Fiona L.F. Kelly is a writer, editor, and podcaster. She has published numerous articles about all things gaming and pop culture on websites all across the internet, was also a writer for Trinity Continuum: Aberrant 2e, and has been published in books and magazines. She is an editor for the pop culture and media website GeekGals.co. In addition to her writing and editing, she has also been a guest and host on several podcasts. She hosts the Project Derailed podcast Big Streaming Pile, produces and performs on Fables Around the Table, and plays the githyanki pirate Rav’nys on Tales of the Voidfarer. Buy her a coffee: ko-fi.com/fionalfkelly
Previous Post (p) Critical Role Recap: Episode 87 - "Onward to Vesrah"
Share
Next Post (n) Crit or Miss: Episode 5 - Promethean: The Created