For those of you who do not know, the amazingly underrated show in which robots are put in an arena in a knock down drag out contest has returned to television on ABC. Battlebots was my childhood growing up! I fucking loved watching these robots go at it and was so sad when Comedy Central over saturated the market back in the early 2000’s. Now that the show has returned with a much more reserved format, I have been geeking out like a son of a bitch since the summer started. My love is so strong for the show that I damn near burned down a metaphorical house when the show was pushed to next week to air the bullshit that was Mike Pence’s vice presidential nomination. I was deprived fighting robots for this fucking jizz cannon?! But I digress. Since the season has started, I have seen a variety of robots and as such I am going to rank a couple who are the true stars of the show… And those who either suck or get way more adulation then they deserve. So without further ado, this is the Stars and Busts of Battlebots Season 7!

These are the two that just barely missed my list. John Reid’s robot, beta, is a true underdog story that everyone can enjoy. He fought and scratched his way to the tournament that he has been waiting over a decade to take part in. It is refreshing to see a die hard fan create a strong robot to compete with the big boys. Al Kindle’s Blacksmith, on the other hand, kind of sucks. It also does not help that, after losing in the qualifying stages, he got a wildcard bid over much more deserving bots just so he could lose again to Minotaur. 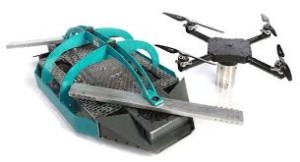 I hate putting this bot on the list. George Matus does seem like a good kid who does an unintentionally amazing Michael Cera impression. But man, his ChromeFly just should not have been in this tournament. The kid is gifted in building drones, but ChromeFly was a shotty design. Featuring two horizontal spinners, the robot was supposed to pack a powerful double sided attack. But in his two matches, the first one the blade popped off after one hit. In the second match, the blade popped off and was sent back into the robot’s internals shredding the piss poor covering and the internals with it. Props to the young 18 year old for making it that far. But man the bot just was not up to snuff with other more impressive bots in the tournament. 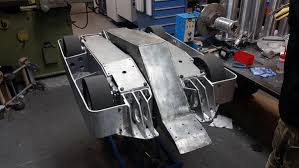 No bullshit, I am constantly impressed by the simplicity and power of Bronco. Bronco is fucking powerful. It is a tightly built robot, with extreme defense, and a flipper that can send a 250 lbs robot flying through the air like it were made of balsa wood. The bot has versatility as well. The builders modify it dependent on what kind of bot they are fighting. It is clearly one of, if not, the best built robot in the entire series. 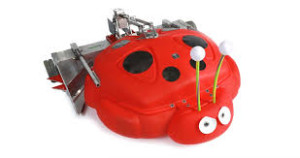 Mega Tento is a legacy. In the first seasons of Battlebots on Comedy Central, Lisa Winter was a child prodigy. During those times, robots could be a little more goofy. Hence the reason why her robot was primarily made out of a sand toy lady bug and a vertical spinner. Nowadays though… Even with potential upgrades, Mega Tento just doesn’t hold up to snuff. The best bots tend to be small, compact, and devestating. Mega Tento is a gimmick and I think Winters knows it. But why not show up for some legacy cred and then take off, right? 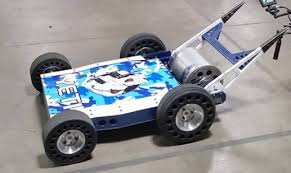 This is a surprise this season. Yeti is a bot that was not expected to go far, even by his own owner. The robot has almost no armor, but has a strong offense and as such, has pushed on into the round of 16. With each fight that Yeti has taken part in, I have become more and more impressed by the little bot. The compact design and drum spinner is probably the best concept that anyone can build and Yeti has taken advantage of a tight design and powerful offense. 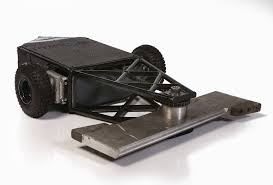 I am going to start this off right now by saying that Tombstone is a great robot. It has a devastating attack and a great look. I will not take that away from Tombstone or its owner. But my god! This show has sucked this robot’s metaphorical dick for hours on end each episode! They fucking love this thing and think it is God’s gift to humanity. Listen, the thing is a two wheeled horizontal spinner. Yes, it is powerful. But if that horizontal spinner stops, then the robot is well fucked. Its wheels are exposed making it a potential easy out if they get to them. Yes, it is awesome. But it is not the impenetrable kill robot everyone makes it out to be. 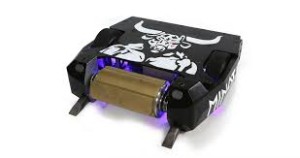 My fucking Christ. The Brazilian team has unleashed a fucking monster onto the other robots. All of the robots look cool, but Minotaur is a robot that fucking scares me. The robot features the small framed drum spinner that has been known to annihilate armies, it is made out of a metal that is sturdy as all hell, and the drum spins so fucking fast that it sounds like a plane is taking off. This robot is one of the best designs I have seen and the owner is so fucking genuine. This combination makes Minotaur the true star of Season 7 of Battlebots!

Thank you for reading and please remember to come back and check out more from Project Derailed!

Tanner Bivens is a political science doctoral student at Northern Illinois University, the host of web series Crit or Miss, owner and operator of Tanner Reviews, and a proud part of Project Derailed. If you want to hear a nerd rant for hours about tabletop RpG, movies, and video games, then look no further than this man.
Previous Post (p) Review: Scream Season 1
Share
Next Post (n) Critical Role Recap: Episode 60 - "Heredity and Hats" (LIVE)