With the new arrival of American Horror Story: Hotel on Netflix and Halloween coming closer by the day, it’s time to look back at the seasons of AHS from worst to best. 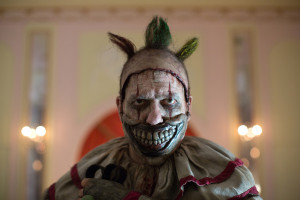 Even though this is my least favorite season, I still like it a lot. It’s still pretty good, even if has some issues.

One of the main problems with this season is that the concept is interesting, but the season plays it too safe the whole way through. Since many of the actors actually had the disabilities portrayed in the show, it makes sense that the season wouldn’t go straight to torture porn like it has in the past, but it also doesn’t do anything interesting with the characters. They were likeable, but, in the end, you were meant to feel sorry for the characters. In AHS, the characters often don’t have endings to be envied, but they are also much more fleshed out than the characters in Freak Show. 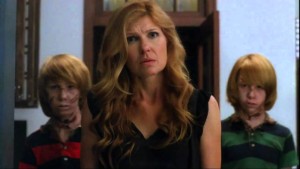 Murder House is where AHS got its footing. In some cases, that rawness is a good thing, but in many parts of the season, it comes off as messy. The season drags almost until the very end. The other seasons get straight into the scary parts, but Murder House suffered because the show spent too much time at the beginning trying to be suspenseful and have the characters not know what’s going on. Part of what makes AHS interesting is that you’re able to see the “monsters” from every perspective. Murder House didn’t catch onto this until the end. 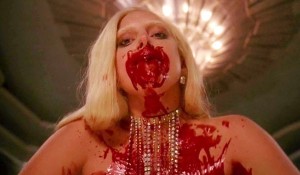 Hotel is just The Shining: The Show. Now, I don’t think that this is necessarily a bad thing. More than the other seasons, it just lets scary things be scary. Children are inherently creepy, and the show lets them be creepy. It is also interesting in that it doesn’t play on the false suspense of a character thinking there’s something around a corner, but really the monster is behind them. On AHS, the monster really is around a corner and then it kills you. Hotel clearly takes more cues from classic horror than modern horror.

So, why is this season so low? While it has many good attributes–mainly Lady Gaga, who is amazing as The Countess–it just isn’t scary. I think we need to give vampires a rest for a few years before trying to make them scary again. This isn’t only the fault of Twilight for making vampires sparkly, but just the over-saturation of vampires in pop culture from the mid-2000s on. Vampires fit into the setting well, but nothing interesting is done with them. They’re just sexy and gory, and we’ve seen that before. 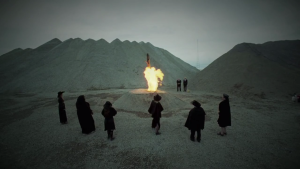 I know a lot of people hate Coven, but it’s one of my favorites. I love the characters in Coven, and it’s one of the few seasons where I think everyone was cast perfectly. The main reason why I like it though is because it does a better job at drawing fear from isolation than the rest of the seasons. While every season is confined, Coven is tied for best with Asylum at making the viewer feel trapped.

That being said, however, this season just isn’t all that scary. It’s entertaining, and may be my favorite, but as far as quality goes, I put it second because it misses the crucial “horror” part of American Horror Story. Much of the horror is through flashbacks, and it’s simply not enough to make it a scary season. 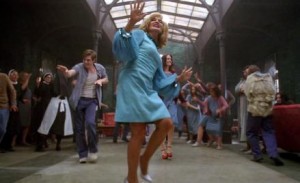 This season is practically perfect in every way. The terror was present the whole way through and it did suspense far better than any other season. Unlike the other seasons, the monster was not one of the characters, but was a supernatural horror. Zachary Quinto’s character was a nice addition to the horror aspects of the show, but I’m glad he wasn’t the main villain. He help make the season feel suffocating and inescapable–a feat for a horror television show. While the main focus was the monster on the inside, he made it so that it was clear that the characters were also not safe on the outside. This season was truly terrifying.

Fiona L.F. Kelly is a writer, editor, and podcaster. She has published numerous articles about all things gaming and pop culture on websites all across the internet, was also a writer for Trinity Continuum: Aberrant 2e, and has been published in books and magazines. She is an editor for the pop culture and media website GeekGals.co. In addition to her writing and editing, she has also been a guest and host on several podcasts. She hosts the Project Derailed podcast Big Streaming Pile, produces and performs on Fables Around the Table, and plays the githyanki pirate Rav’nys on Tales of the Voidfarer. Buy her a coffee: ko-fi.com/fionalfkelly
Previous Post (p) Critical Role Recap: Episode 69 - "Passed Through Fire"
Share
Next Post (n) Derailed Favorites - September 2016