Back Off Track: The Ballad of Derailed’s Rebirth

Man, 2016 as been full of revivals, resurrections, and rebirths. I’m no statistician, but between X-files returning and Full House trying to come back, Ghostbusters, Legends of the Hidden Temple and Hey, Arnold, new installments to the Harry Potter mythos, and not to mention the inevitable resurrection of a certain clueless bastard, I think there is a pretty definitive trend. Or, at the very least, a theme. 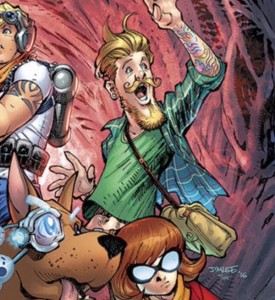 Well, if it seems to be the happenin’ thing right now, might as well jump on the bandwagon! After a long hiatus (for reasons I am not a liberty to discuss, but the notion of the involvement of zombies, an unknown alien artifact, and a contrived plot of espionage and political maneuvering are yours to freely speculate) I am ecstatic to announce that Derailed Games has returned in the form of PROJECT DERAILED. The concept for Derailed Games had been tossed around for awhile, but actually came together in the weeks leading up to our trip to GenCon in 2014 as an outlet for are neat tabletop game ideas and RPG adventures. We named ourselves Derailed for our game design and Game Mastering philosophy: to embrace the chaos caused by your players and let it take you to those unexpected places, to not only refrain from railroading yourself and players, but to let the game carve its own paths entirely. By the time we got things off the ground it had quickly expanded into an outlet for us to also TALK (read: blog) about games, which quickly cultivated the urge to talk about all of the other nerdy shit we all loved. Then life got in the way as the three of us were all working on all our respective degrees. Its seems fitting: we got derailed…

Now that we have all left the world of higher education behind for the time being, we felt it was time to make something of this again, and embracing our philosophy that being derailed isn’t necessarily a bad thing, we decided to completely rethink exactly what Derailed is. Rather than a game company that blogs about games sometimes we are going to focus on the blogs, the content, and posts, and maybe down the road make a game or two. We have lots of awesome ides for blog series (including Tom’s and my recent endeavor to develop an indie video game), comics, podcasts, and who knows what else. The possibilities are endless. And to that end, I am delighted to announce our new member of the team! Tanner Bivens, of TannerReviews.com, has been officially brought into the fold and his podcast, The Nerdiest Talk Show on Earth, will now be living here at ProjectDerailed.com! Fiona, Tom, and myself have appeared as guests on the show several times over the last year. You can listen to the most recent episode here where we discuss Humans vs. Zombies! 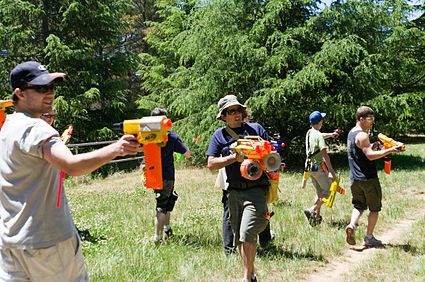 So yeah, that’s about it. We are back in action, evolved after a Rare Candy bender, and ready to bring you all kinds of awesome nerdy content. Keep an eye out for a handful of new posts from the whole crew here at Project Derailed. Also feel free to peruse our backlog of old blog posts that have been ported over intact from the Derailed Games site. Be sure to give us a follow on Twitter and like us on Facebook to get updates on new content (including some awesome project announcements coming soon), blog posts, and other inane ramblings. 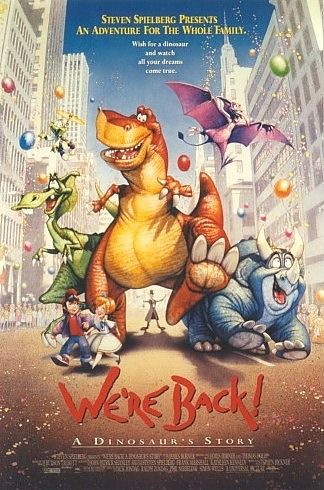